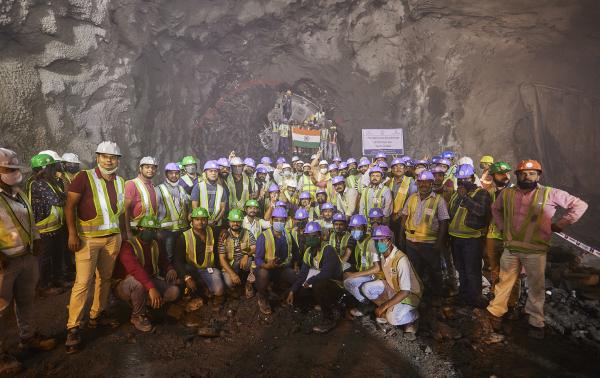 Gulermak-TATA Projects JV celebrates the breakthrough of TBM tunnelling on the underground works on Line 1 of the Pune Metro, in India.

The major milestone saw Gulermak-TATA Projects JV complete twin-tube tunnels between the start of the ramp at chainage 10950 and NATM section at the start of Civil Court Station at chainage 12600, a total of approximately 1650 metres of TBM tunnelling. The TBM’s excavated through Shivaji Nagar Station.

The two 6.61m diameter TERRATEC Earth Pressure Balance (EPB) Machines, the S78 TBM named ‘Mutha’ and the S79 TBM named ‘Mula’, broke through at the end of Sept. and early Nov. at the northern end of a 155-meter scissor crossover, built by the NATM at the start of Civil Court Station launched from near the College of Agriculture at the end of 2019, completing their second drives of the project. It was successfully completed ahead of schedule a good achievement considering the hard rock and being in a densely populated area. Also, during the difficult time of lockdown, Terratec’s field service team was available at the jobsite to support the JV team and the JV team achieved the best monthly progress of 301 metres.

Meanwhile, the city’s third TBM (S81) is expected to be launched northwards towards Mandai Station early next year with assembly commencing in December 2020. 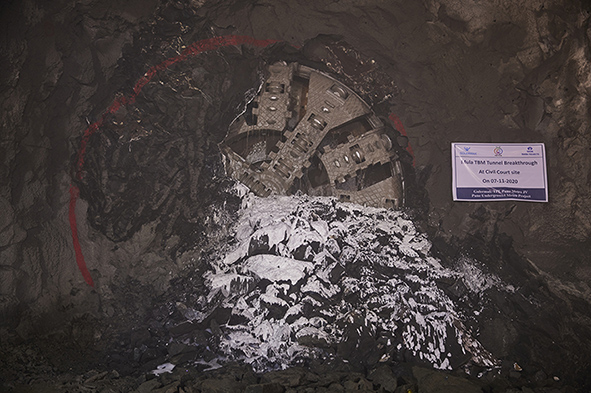 Earlier in August, Larsen & Toubro also celebrated the breakthroughs of two 6.57m diameter Earth Pressure Balance machines supplied by TERRATEC for Package 2 (East-West Corridor) of the 20.7km long Line 1 of the Ahmedabad Metro, in western India. Both machines completed their second drive and the final drive of 1.4km from underground Stations Gheekanta to Shahpur.