TERRATEC TBM breaks through ahead of schedule in Laos

TERRATEC TBM breaks through ahead of schedule in Laos 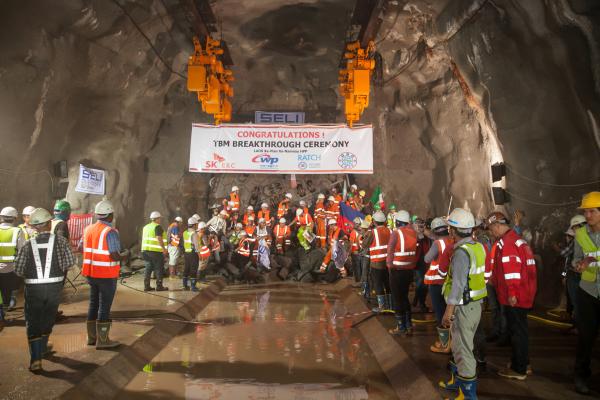 SELI Overseas has completed excavation of the 11.5km long headrace tunnel at the Xe-Pian Xe-Namnoy Hydroelectric Project, in southern Laos, more than three months ahead of schedule using a TERRATEC Double Shield TBM.

Mucking out with rolling stock, SELI Overseas achieved impressive production rates with the powerful TERRATEC tunneling machine during the course of the project – including a record-breaking single month advance of 1,005m in July 2016 – allowing the contractor to finish excavation three and a half months ahead of schedule.

The machine faced several challenges while boring through the region’s mudstones, sandstones and siltstones, which required SELI Overseas and TERRATEC to collaborate closely over the course of the design, commissioning and operation of the machine.

The TBM’s cutterhead features 39 x 17in back loading disc cutters and four large bucket openings. A 2000kW electric VFD main drive provided maximum speeds of 7rpm in hard rock zones, while delivering a torque of 8,000kNm to cope with a number of fractured fault zones along the alignment. In order to mitigate potentially difficult ground conditions within these fault zones, a high-power probe drill was also installed within the TBM, in order to conduct any drilling or grouting deemed necessary.

The use of pea-gravel to backfill the annulus behind the project’s pre-cast hexagonal segment lining rings also prompted some unique design features, including a hydraulic lift within the pea-gravel bays on the back-up to lift and empty the gravel cars; and a double capacity pea-gravel pumping system to facilitate the anticipated high advance rates of the machine. 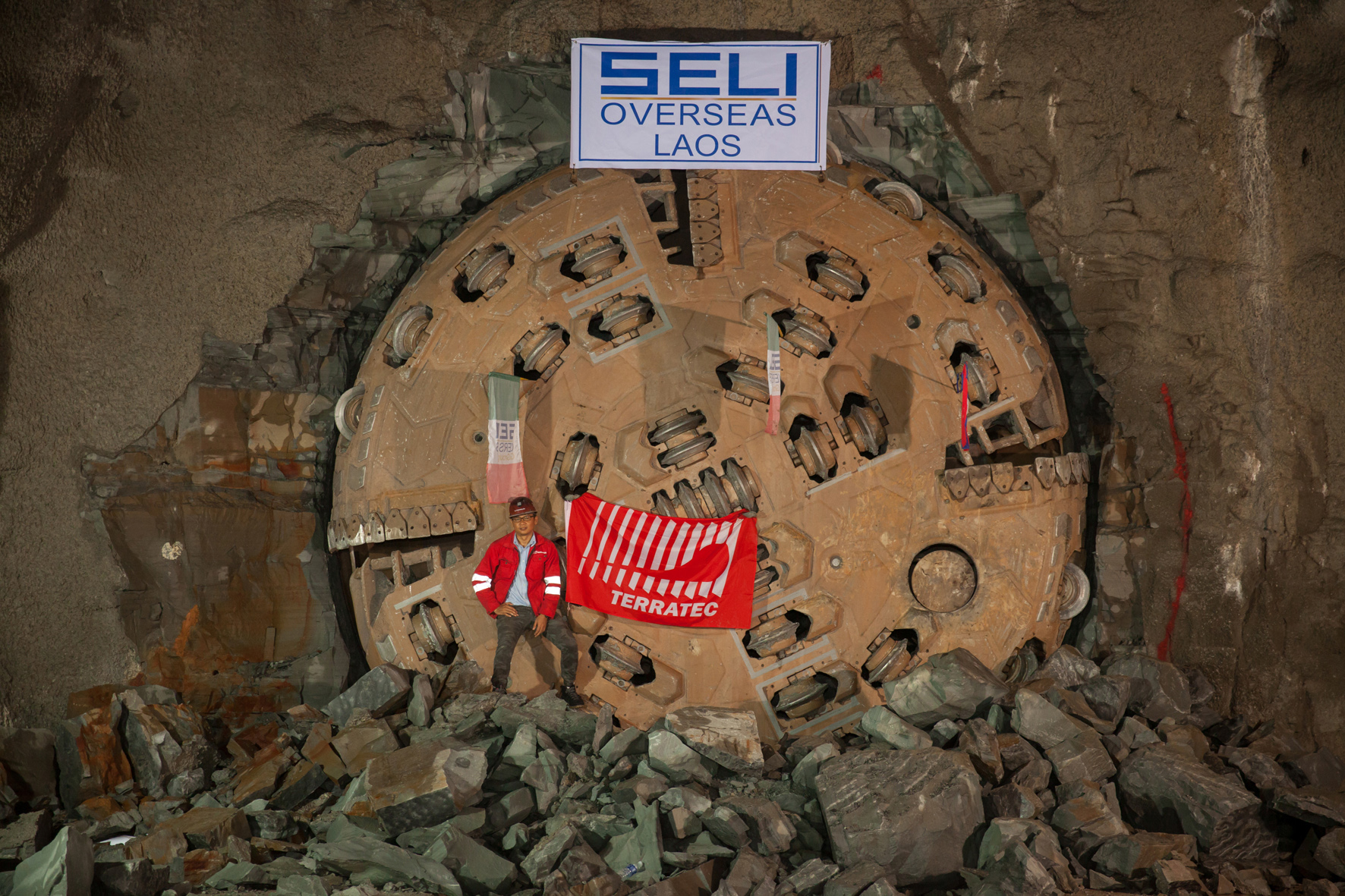 “This tunnelling experience has been very good,” says Dario Vizzino, Project Director for SELI Overseas. “The TERRATEC TBM is very powerful and has performed extremely well. I think it is proof of the quality of the TBM, the team and also all of the systems that we chose for this project. Terratec deserves special appreciation for its support on site, as well as the attitude of all its staff. I can say that working with TERRATEC it feels really like one group and jointly we have achieved a wonderful result.”

The tunnel drive finished underground in a TBM disassembly chamber that was excavated by drill and blast. The entire machine will now be dismantled and its components will be brought all the way back through the tunnel.

The Xe-Pian Xe-Namnoy Power Company's (PNPC) US$1.02 billion Xe-Pian Xe-Namnoy Hydroelectric Power Project is located in an isolated area of national park on the Bolaven Plateau, in the south of the Laos People’s Democratic Republic (PDR), approximately 35km northwest of the provincial town of Attapeu and 80km east of the larger Mekong River town of Pakse.