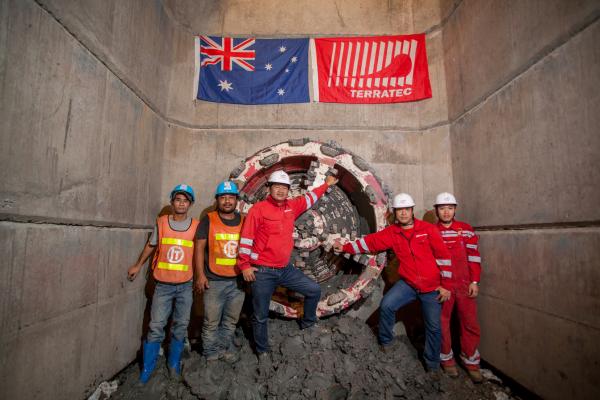 At present, four Total Solution Pipe Jacking Systems are at work on two separate projects for the MEA’s 230kV ultra high-voltage underground cable tunnel programme, which is being undertaken to meet the ever-increasing demand for energy consumption in major business areas of the city. These include two DN1500+ Slurry MTBM Systems for the Italian-Thai Development Public Co. Ltd.’s (ITD) contract on the MRT Green Line (North) Cable Tunnel Project and two DN1800+ Slurry MTBMs that are being employed by Drill Tech (Thailand) Co., Ltd. on the Chaloemphrakriat RAMA IX Cable Tunnel (Srinakarin to On-nut section).

The new cable tunnel network will increase the power distribution capacity of the MEA’s system, while establishing grid stability and reducing the physical risks associated with Bangkok’s infamous overhead power transmission lines, which are subject to physical accidents and incidents caused by rainstorms or windstorms in various seasons.

The M46 and M47 MTBM Pipe Jacking Systems at work on ITD’s 8,696m-long MRT Green Line (North) Cable Tunnel Project were launched respectively in February and May 2016, and feature soft ground cutterheads with an open-style configuration suited to Bangkok’s geological conditions. They are designed to handle standard 1500mm i.d., 3000mm long, concrete pipes and are able to excavate tunnel drives up to 350m in length with the assistance of Intermediate Jacking Stations. To date these MTBMs have been averaging 206m per month, and with 6,856m (79 percent) of the tunnelling works now complete on the project, progress is currently an impressive 40 percent ahead of schedule. 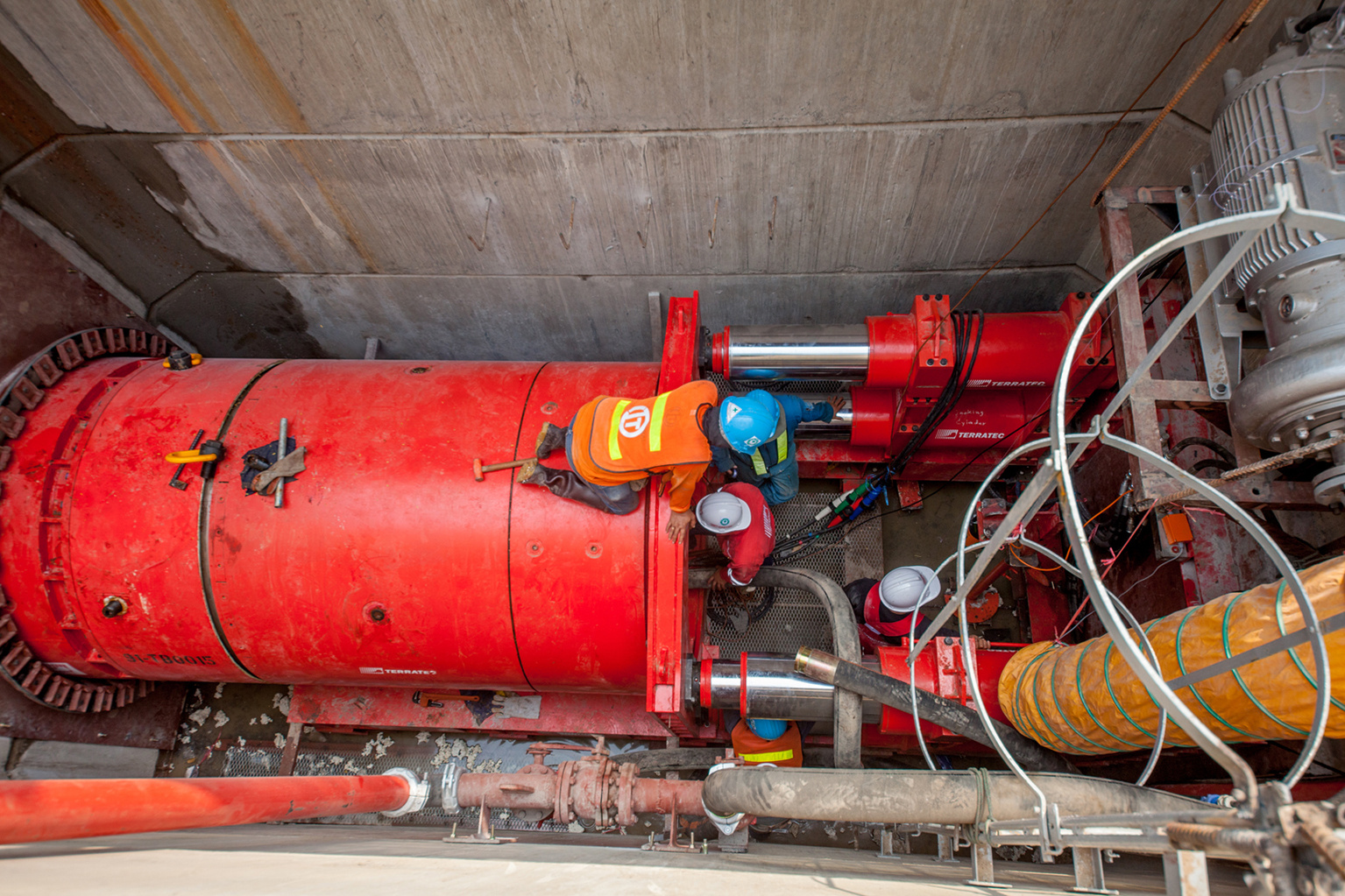 On the Chaloemphrakriat RAMA IX Cable Tunnel (Srinakarin to On-nut section), two DN1800+ Slurry MTBMs (M41 and M49) began tunnelling in August and October 2016 respectively and are already 15 percent ahead of schedule on the 6,457m-long tunnel, despite night-only (10pm to 4am) working on the project.

The MTBM systems were all designed by TERRATEC at its Engineering Centre in Hobart, Australia, with production and assembly taking part at TERRATEC’s speciality Microtunnelling Systems Production and Service Center in Nonthaburi, north of Bangkok. In recent years, the company has sold more than 20 Microtunelling Systems in Thailand – with diameters ranging from 300mm to 1800mm – a trend that prompted TERRATEC’s management team to set-up its Thai production and maintenance centre.

“TERRATEC is well known in the industry as a leading TBM and Raise Boring Machine manufacturer and our Microtunnelling and Pipe Jacking Systems complete this range of machinery,” says Krittapon Jitpakdee, Managing Director of Terratec Tunnelling in Thailand. “The proven success of our MTBM tunneling solutions is reflected in the level of repeat business we are witnessing, both in terms of new and refurbished machine orders and also Field Service requirements. We are working hard to cultivate this growth and become one of the lead suppliers in the small diameter TBM market as well.”