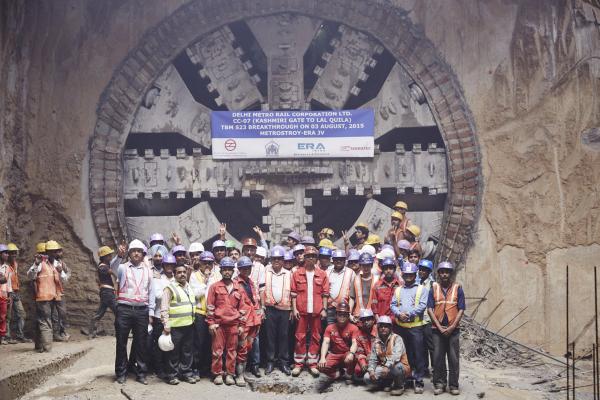 TERRATEC is pleased to announce a new TBM breakthrough in Delhi, India. The recent breakthrough is on the Delhi Metro Phase-III CC-07 Project, completing the tunnelling on the up line tunnel between Kashmere Gate & Lal Quila Stations.

On August 3rd, TERRATEC’s S23 Tunnel Boring Machine working in Contract CC-07 completed excavation on the upline from the Kashmere Gate Station to the Lal Quila Station. This is part of the extension of the Central Secretariat corridor to Kashmere Gate via ITO. The breakthrough ceremony was held in the presence of Contractor representatives from the joint venture between Metrostroy O.S. of Russia and ERA Infra Ltd. of India and Client DMRC.

This TBM was lowered at Kashmere Gate shaft on December 6th, 2014 and after assembly of the TBM below the ground the initial drive began on December 26th, 2014. The maximum depth of the tunnel is 16m below the earth’s surface.” said a DMRC spokesperson.

The TERRATEC Tunnel Boring Machine is a Ø6.61m Earth Pressure Balance Shield. It has been specifically designed for the conditions of this project and integrates leading edge features such as the 900kw VFD electric driven CutterHead, a versatile design of the cutting tools that are interchangeable with using up to 33 number 17’’ roller disc cutters, the active type articulation for the shield, and the tail’s built-in 2-Liquid backfilling system. 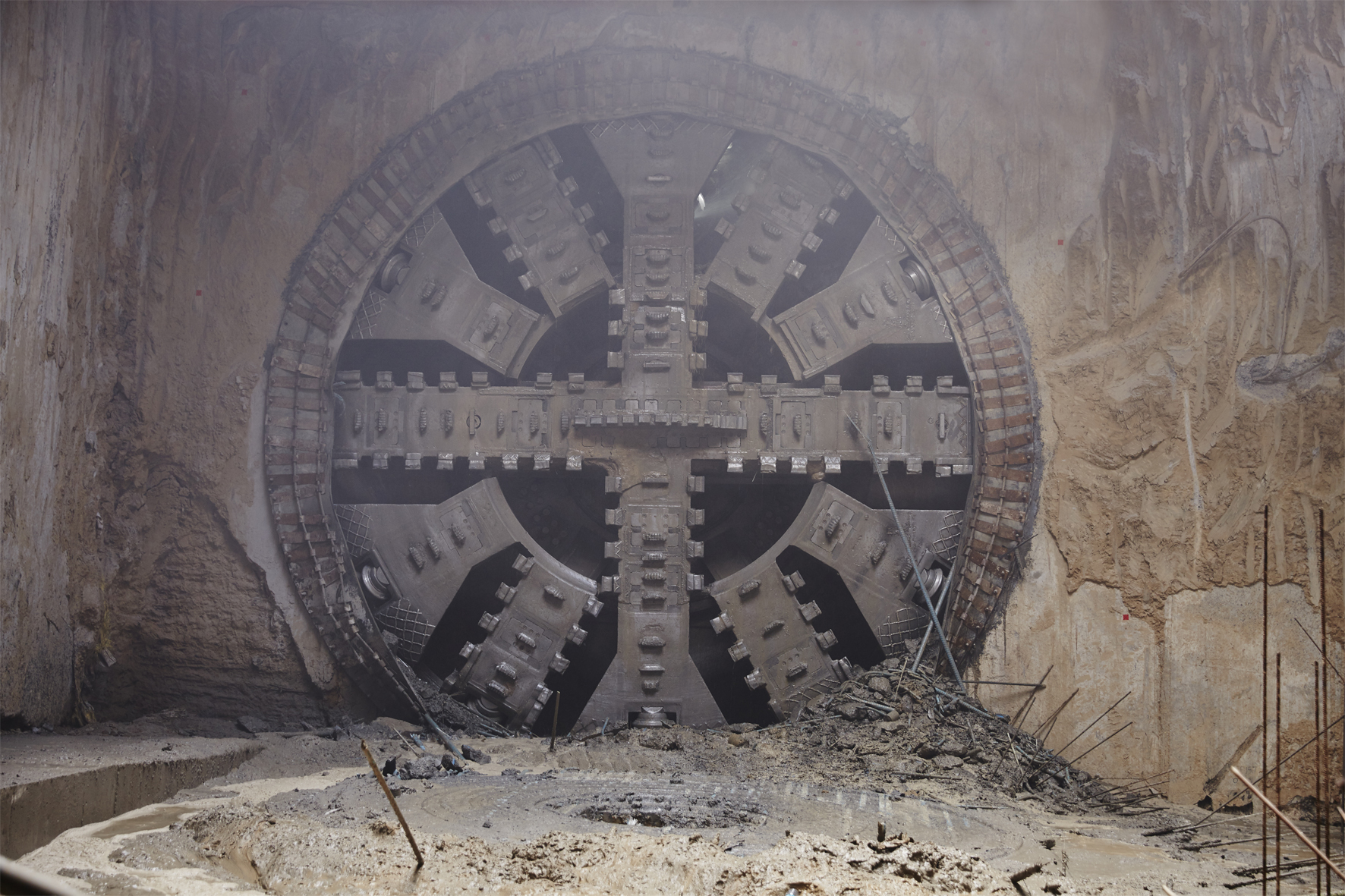 The JV uses a total of two (2) TERRATEC TBMs for the execution of the tunnelling works between Jama Masjid and Kashmere Gate Stations. The Tunnel Boring Machine emerged at Lal Quila Station site after making a 1,351m long tunnel from Kashmere Gate Station. A total of 967 rings have been inserted concurrently along with the tunneling process. Another TBM is working on a 1,356m long tunnel on the down line.

The tunnel passes beneath the existing Kashmere Gate elevated Metro Station. The Stations at Kashmere Gate and Lal Quila are also being constructed by the same contractor, Metrostroy Era JV using the Cut & Cover method. The distance between the tunnel wall and foundation piles of the existing metro station is 1.2m. An extensive instrumentation and monitoring regime was put into place by the joint venture as precautions used to monitor and control the tunnel excavation.

Under the Delhi Metro Phase-III plan, the Violet Line is being extended from its current terminus to meet the Yellow and Red Lines at Kashmere Gate Station. This will offer an alternative route between Central Secretariat and Kashmere Gate Stations, easing crowds on the heavily-used Yellow Line.

TERRATEC has deployed a total of eight Tunnel Boring Machines which so far have excavated 12 km metro tunnels for Delhi Metro Phase III. All tunneling works will be completed by beginning of 2016.