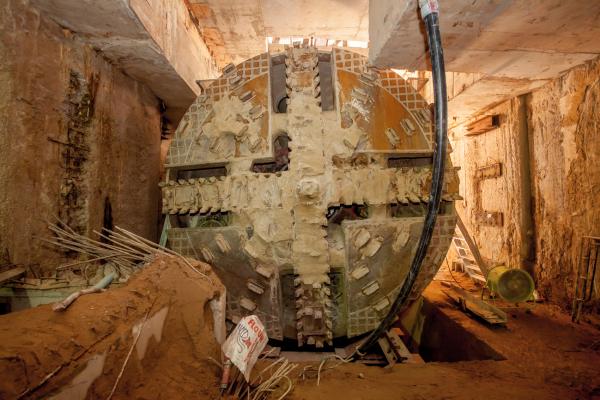 On 16th May 2015, TERRATEC’s dia. 6.44m Earth Pressure Balance Machine broke through at Sanam Chai Station in Bangkok. With this, the machine completed the tunnel excavation of the West Bound of the MRTA Blue Line Extension Contract 1.

Contractor, Italian-Thai Development PLC, used the machine to bore this 2,800 meter long alignment in one go, crossing two unexcavated stations and one ventilation shaft on its way. Next drive along the East Bound of the line, will have the stations completed as the TBM arrives, so it will be dragged through those.

The excavation was done through a complex geology and in presence of large underground water pressure. The soil consisted of stiff clay and Bangkok’s aquifer sand, with large size of gravel and sand stone at deepest part of the alignment. 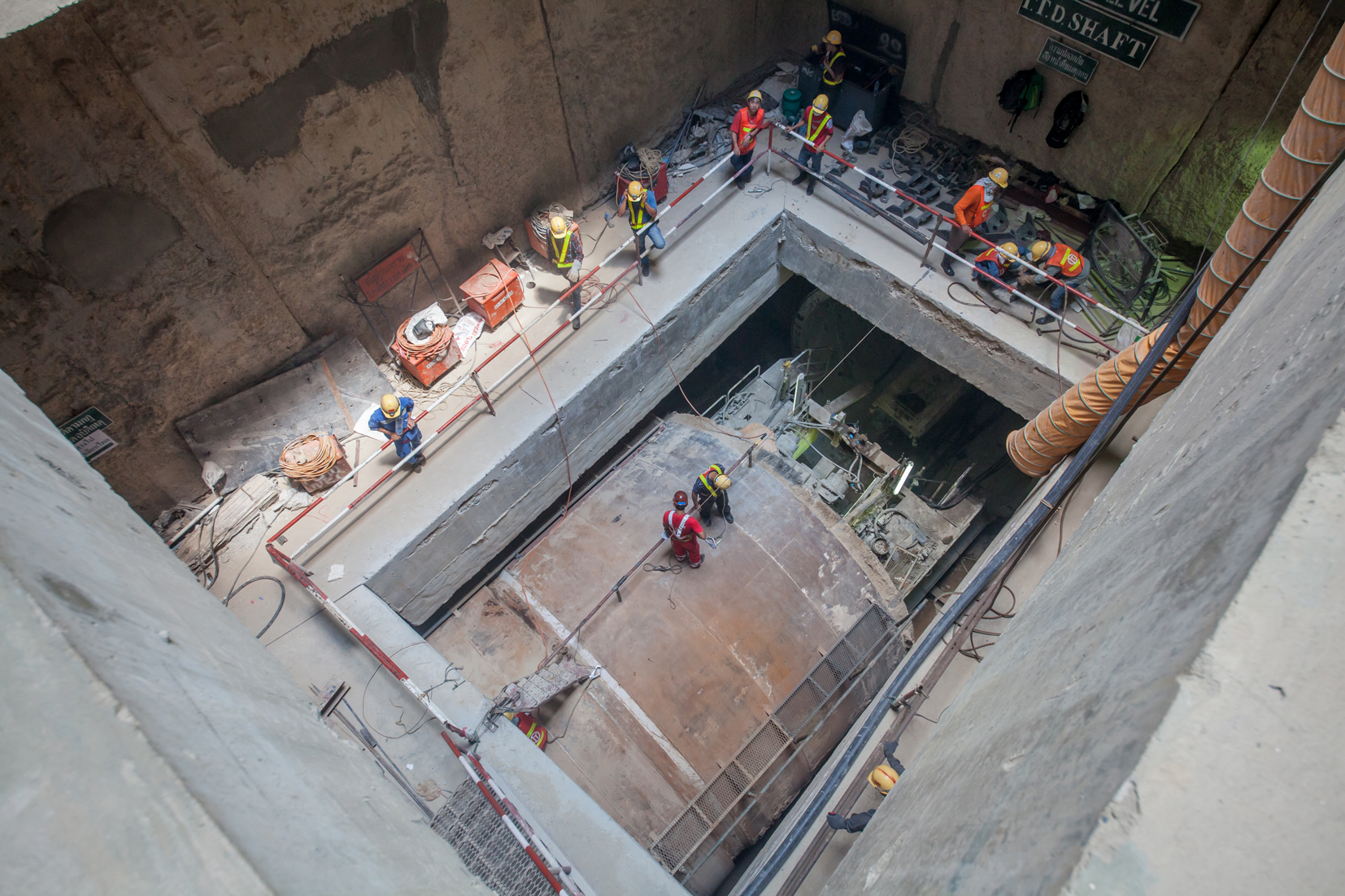 The TBM drove under many historical old buildings in the old Bangkok City area. Due to this, very accurate settlement control was of essence. TERRATEC TBM equipped with a 2-Liquid type backfilling system and a special Clay Shock injection system through the shield. The combination of both was proven to be very effective and restricted the settlement to less than 1 centimetre on those critical areas.

The EPBM had to bore through as many as eight (8) diaphragm walls, as well as several obstacles such building foundations. This was expected at the beginning of the project and for this purpose, TERRATEC selected a unique CutterHead design with conical shape to overcome those smoothly without disrupting the soil around.

Although the different challenges encountered, the TBM achieved the planned average rates of 18 meter per day or 82 meter per week during the boring cycles. Now the TBM is being dismantled and moved to initiate the East Bound by beginning of August.