Wednesday, March 17th, 2015 saw the commencement of TBM tunnelling works of the 11.8km long tunnel for the Xe-Pian Xe-Namnoy Hydropower Project in Laos.

To witness this important milestone, a colourful ceremony was arranged and attended by officials from Xe-Pian Xe-Namnoy Power Company, SK Engineering & Construction, SELI Overseas and TERRATEC.

The TBM had been previously tested and delivered at Factory in December. Since then, it was dismantled, transported to site and re-assembled within approximately three months, which posted logistic challenges given the remote location of the site.

After completion of the site testing, the TBM is now to advance through 500m of tunnel adit which was made by Drill & Blast. Once the TBM reaches to the tunnel face, it will commence the boring and installation of complete segmental lining for the balance 11.3km of tunnel. 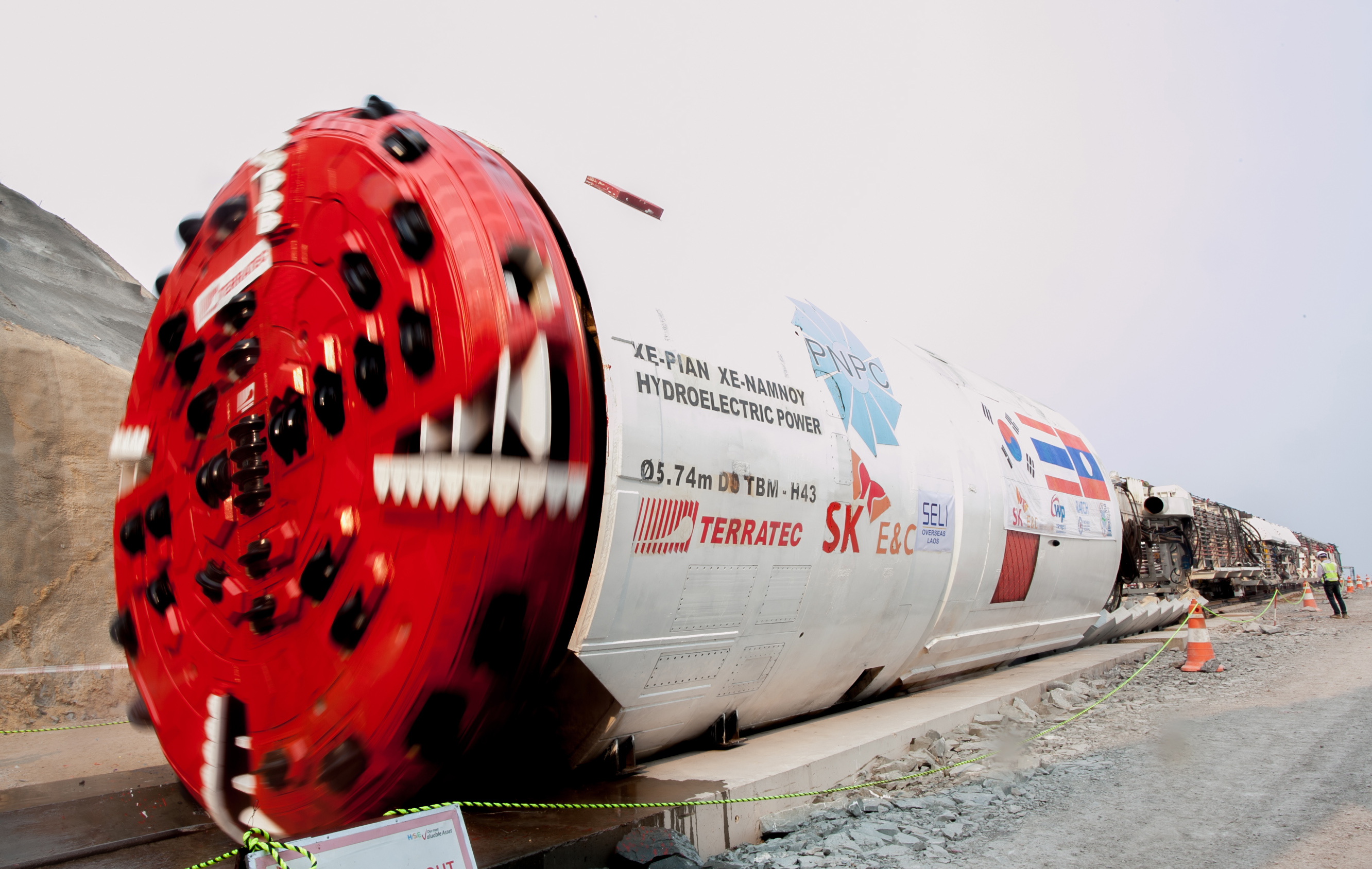 The TBM, a 5.74m dia. Double Shield Hard Rock TBM designed and fabricated by TERRATEC, will have to excavate through two main formations, the “Tholam Formation” consisting of mudstones and siltstones and the “Champa Formation” including siltstones, sandstones and conglomerates.

With this Project, TERRATEC expands its successful sales of Hard Rock TBM in the Asian region and to global contractors. The Company has at present other orders under production with deliveries expected by end of the year.