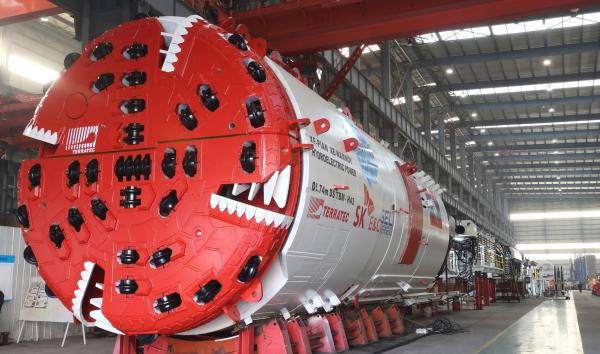 TERRATEC is pleased to announce the delivery of a new Double Shield TBM to the client after a successful performance of the factory testing on December 6th.

The Double Shield TBM will service the Xe-Pian Xe-Namnoy Hydropower Project in Laos, which is located in Southern part of the Country on the Bolaven Plateau, around 80km East of Pakse and 35km North-West of Attapeu. The Project is comprised of the construction of two central cored rock fill dams, waterway tunnels with a vertical shaft and a power house generating capacity at 410 MW. The Main Contractor for the above work is SK Engineering & Construction Co. Ltd. of Korea.

SK has subcontracted the TBM tunnelling works to Seli Overseas S.p.A. of Italy. The tunnelling works comprise the construction of the Low Pressure Head Race Tunnel. SELI Overseas has entrusted TERRATEC to design and manufacture a Ø5.74m Hard Rock Double Shield TBM with which to complete the 11.5km tunnel.

The TBM will bore through mudstone, siltstone and sandstone and for that propose, the CutterHead was designed by the Australian TBM maker with a very robust yet versatile concept, mounting Heavy Duty 17’’ disc cutters and keeping four large bucket openings. The 2,000kW Electric VFD Main Drive will allow the CutterHead to cut efficiently the hardest rock zones at the maximum speed of 7rpm and also to deliver an exceptional torque of 8,000kNm to cope with those fractured parts of the alignment.

Other state-of-the-art features on the TBM include High-Speed regripping system, Single-Shield advancing mode, High-Pressure Emergency Thrust and many others. The key parts of the TBM were produced in Australia and Japan. The assembly of the TBM was performed at TERRATEC facilities in China. 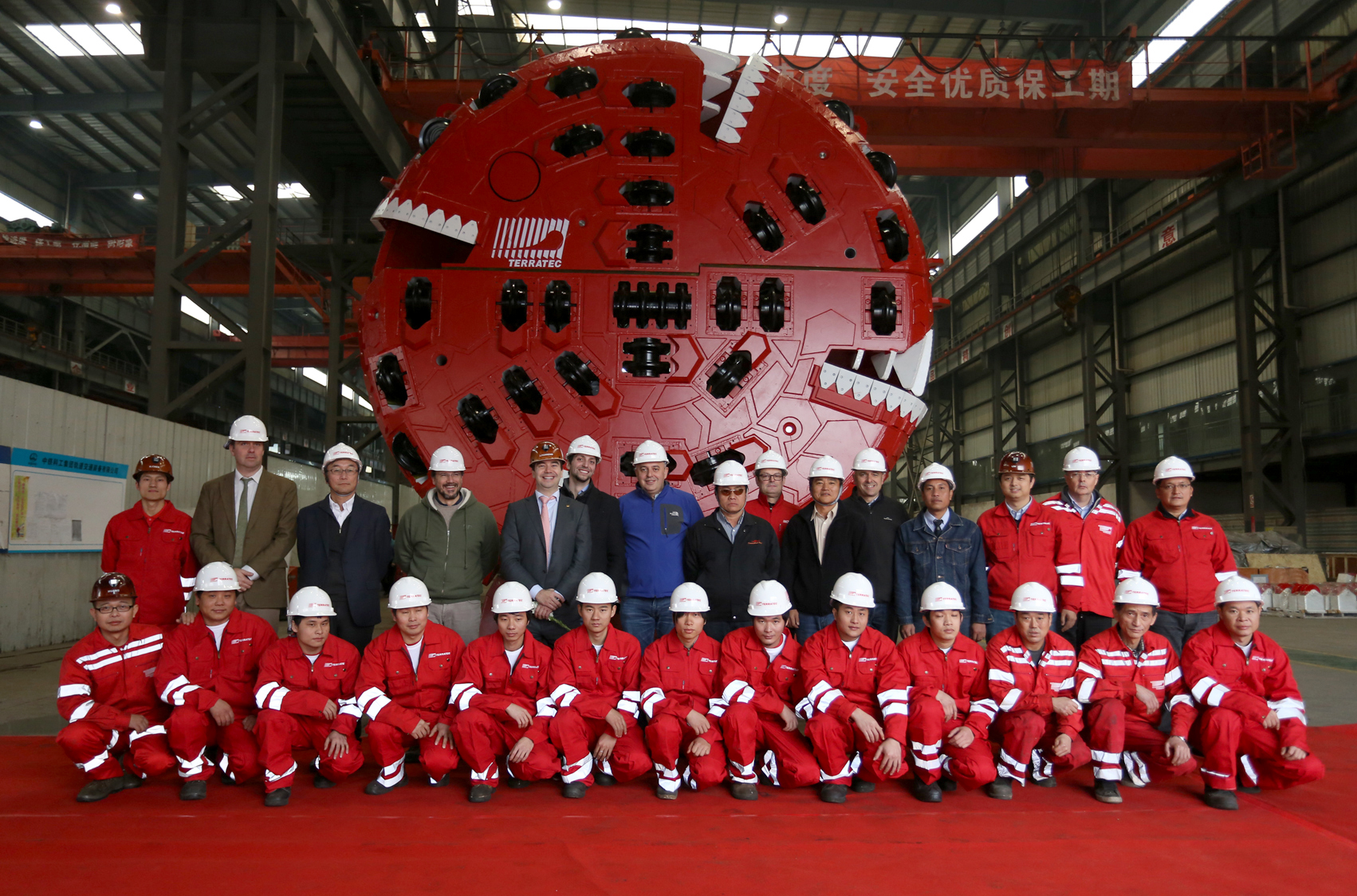 Representatives of SELI Overseas, SK E&C and Laos Government attended the Factory Acceptance Test and showed their satisfaction. The machine is now to be dismantled and sailed up to Thailand Port from where to send it by road up to the Project Site. The TBM is expected to commence its assembly at the field early 2015.

TERRATEC is celebrating its 25th anniversary in 2015. Since 1990, TERRATEC’s core expertise on hard rock technology has been proven on its Tunnel Boring Machines and Raise Boring Machines boring in different types of rock through many tunnels and shafts around the world.