TERRATEC is proud to announce four new TBM breakthroughs in India during the last two months. The recent breakthroughs are on the CC-24 and CC-34 Projects for Delhi Metro Phase-III.

These consecutive breakthroughs mark the continuous success of TERRATEC’s technology in New Delhi Metro projects. Fourteen additional breakthroughs by TERRATEC TBMs are scheduled to occur over the course of the next months.

On 8th Sept. 2014, TERRATEC’s S37 Tunnel Boring Machine working on Contract CC-34 completed excavation on the down line from the Vikas Puri Station to the cut and cover shaft near to the Janakapuri West Station. The contractor is a joint venture between Hindustan Construction Company Ltd. of India and Samsung E&C of Korea.

On 30th Sept. 2014, TERRATEC’s S28 Tunnel Boring Machine working on Contract CC-24 accomplished breakthrough after completing the drive between the Nizzamudin and Ashram Stations. The TBM has advanced 1,652m in one go without needing any stoppage to change cutting tools in such long drive. The CC-24 Contractor is a joint venture between J.Kumar Infraprojects Ltd. of India and China Railway Third Group (CRTG) of China.

On 7th Oct. 2014, TERRATEC’s S36 Tunnel Boring Machine working on Contract CC-34 also completed excavation on the up line to the cut and cover shaft near to the Janakapuri West Station, just like its twin S37 did one month earlier.

On 19th Oct. 2014, TERRATEC’s S26 Tunnel Boring Machine working on Contract CC-24 completed excavation on the down line from the Lajpat Nagar Station to the Vinoba Puri Station. The TBM has advanced a total of 833m steadily without needing any cutter intervention. 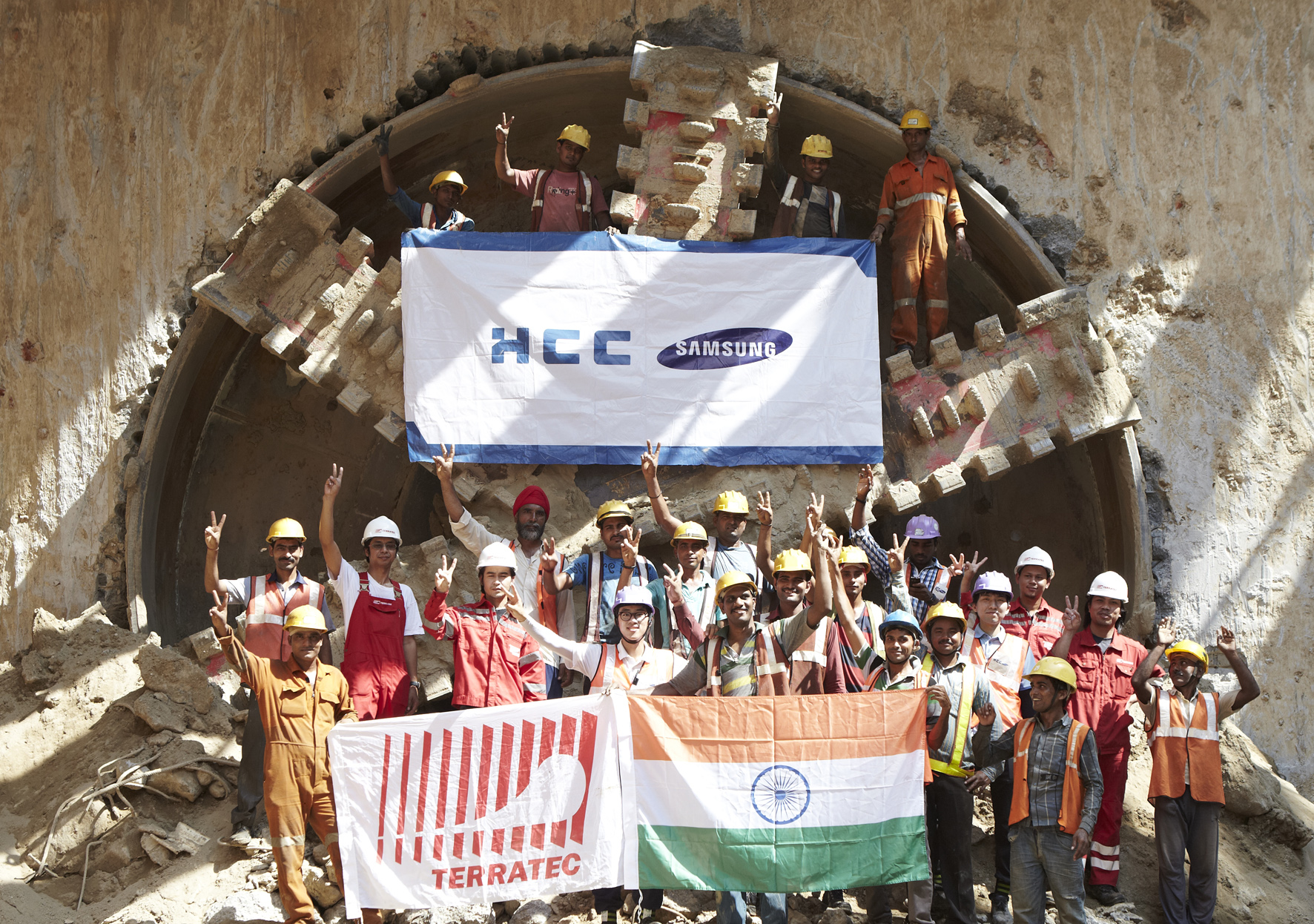 TERRATEC S36 and S37 TBMs are Ø6.52m EPB Shields with a classic soil configuration equipped with a Spoke-Type CutterHead of 58% opening ratio, which has been proven to be very efficient to excavate this type of soil along the drive. The CutterHead mounted soft ground tools, but it is designed to allow the replacement for 17’’ roller disc cutters, making the TBM to be able to bore through the D-walls and cope with the presence of any unexpected obstacle on its way, such as old wells or foundations.