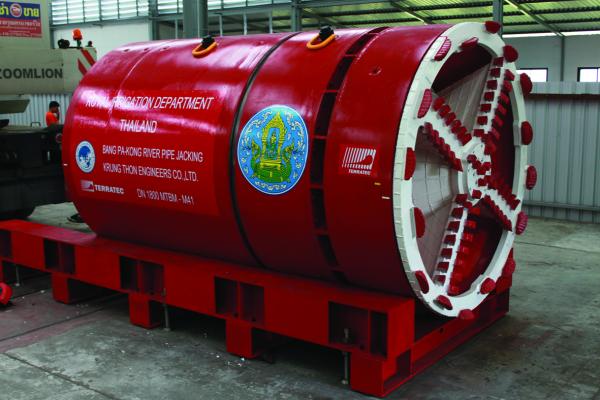 TERRATEC is proud to annouce a new Micro Tunnelling System delivery in Thailand. The project is awarded by the Royal Irrigation Department of Thailand and the Joint Venture formed by the companies Ch.Karnchang PCL and Krung Thon Engineers Co.,Ltd. (KTE). This project aims to install water transmission pipe lines to transfer raw water from the East side of Chao Praya River to the Bang-Pra Reservoir. The Bang PaKong River is a major river system in Thailand which flows through Bangkok to the Gulf of Thailand. Water sent to the reservoir will then be treated and distributed to support many industrial estates at the Eastern Sea Board area which constitues the largest industrial area in Thailand.

The target is to complete the raw water pumping station, a 53 km transmission pipe line and the pipe jacking works crossing under Bang PaKong River which spans 380m in width. Bang PaKong River is the biggest river on the Eastern region of Thailand and it is the major transportation route to many farm lands. This main river also diverts flooded water from the northern region of Thailand.

The pipe jacking works under the Bang PaKong River pose immense technical challenges. The river has a large 380 meters width span. The river bedding has unpredictable and uneven depths which challenges the contruction of the tunnel. The soil makeup of the surroundings poses another engineering challenge. Soft clay has a low shear and high resistance nature and collapses easily.

The water accumulates around the Tidal Flat. This water constantly moisturizes the soil and makes the clay soft.  The soft clay makes the installation of the pipe jacking work more challenging. This is also the most critical part of the Project. 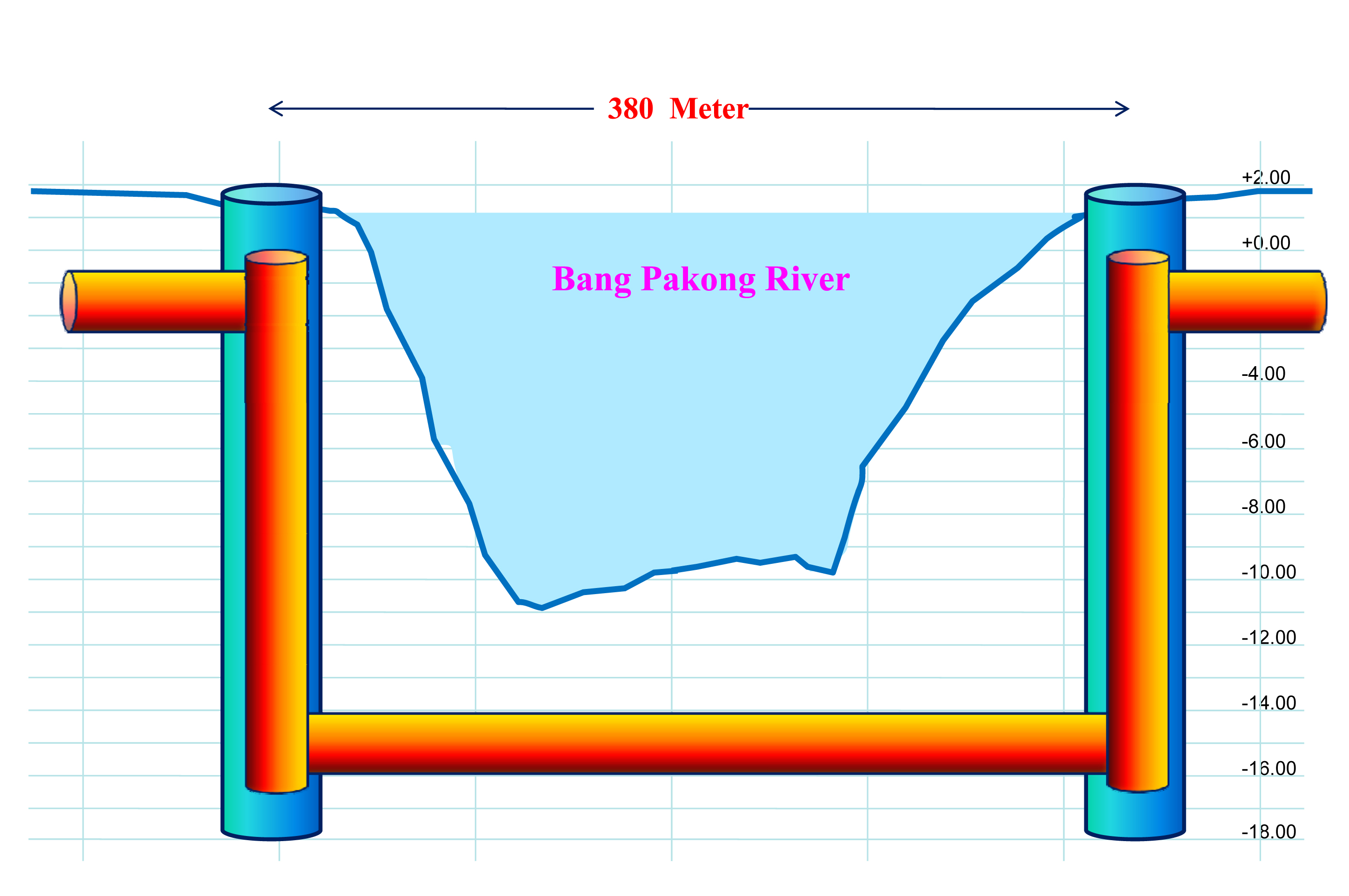 The pipes utilized by the TERRATEC MTBM have an inner diameter of 1,800mm, outer diameter of 2,120mm and a length of 2,500mm. The tunnelling drives are planned to have a maximum distance between shafts of 380m, for what up to 3 or 4 Nos. Intermediate Jacking Stations may be required.

KTE plans to start the Pipe Jacking work in early March 2014. The drive is scheduled to complete before the well celebrated Songkran festival in Thailand.  On top of an elaborate set of equipment, TERRATEC is also providing KTE a comprehensive package of site serviceswhich includes the dispatch of some key engineers and MTBM operator to assist KTE during the initial execution of the tunnelling works. 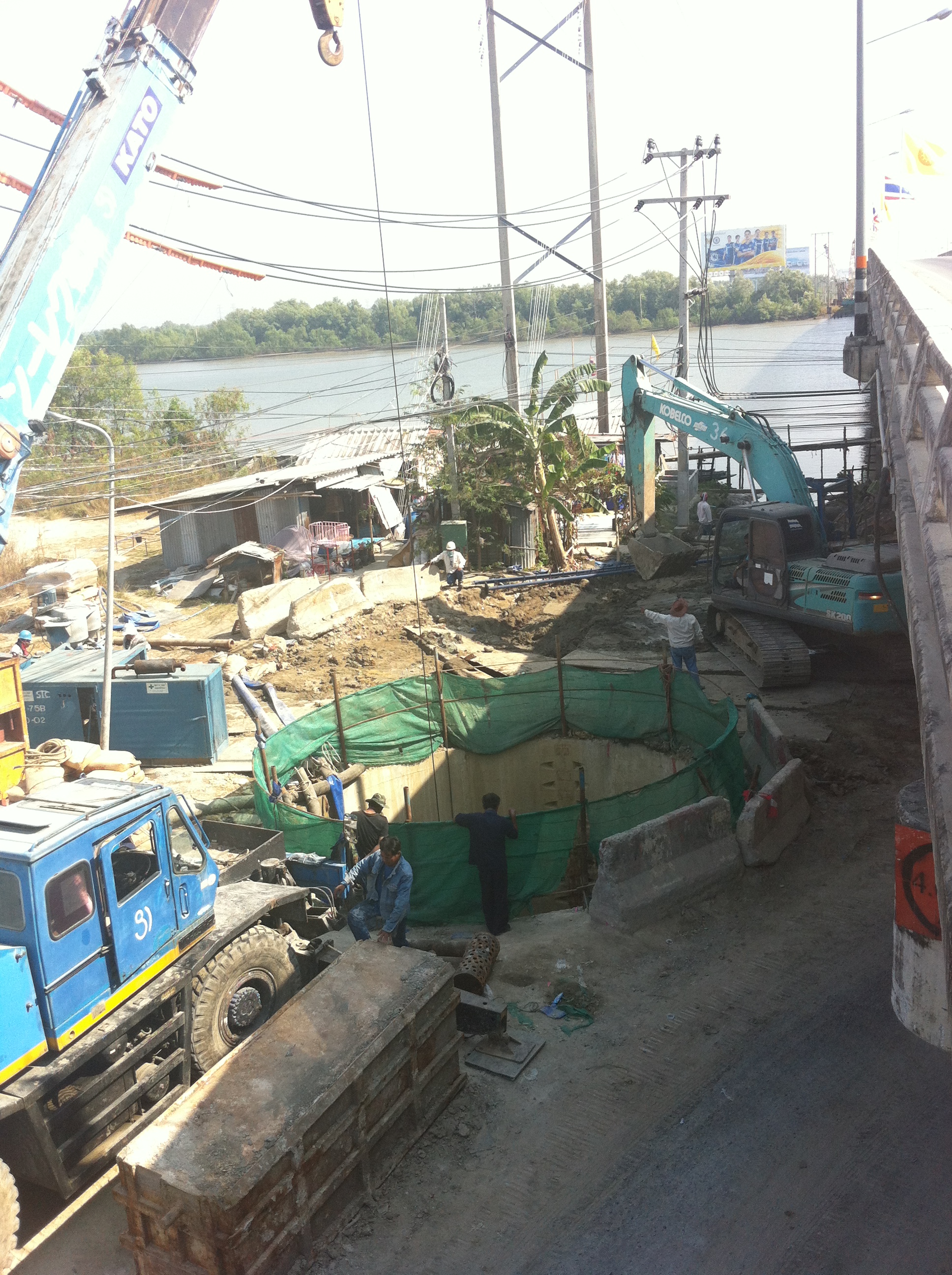