Terratec Microtunneling System completes half of its work in Delhi

TERRATEC Microtunnelling System completes half of its work in Delhi 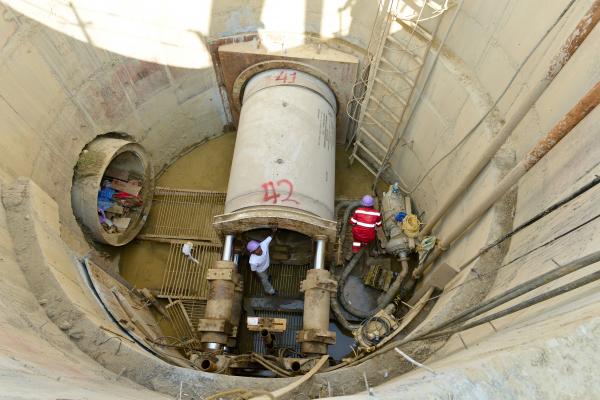 As India develops, the population of the major cities keeps increasing and consequently the country needs to attend the growing demand for water supply and sewage. This is why Delhi Jal Board (DJB) -the government institution which manages the water supply, sewerage and drainage within the National Capital Territory of Delhi- is currently laying a 59km long sewer at the depth of 6 to 18 metres along the Yamuna river. The target is to contain pollutants from being released into the river by the three major drains, sending the untreated sewage to the existing Treatment Plant and allowing only treated effluent into the three drains.

The Project is divided into six packages, the works of two of them -Packages 4 and 5- were awarded from DJB to the Joint Venture formed by the companies DS Construction, Fegshun and Wabag. In order to complete part of the pipe jacking works of the Package 4, the JV acquired from TERRATEC a DN1600 Microtunnelling System composed of a Slurry MTBM, Slurry Transport System, Main Jacking Station, Intermediate Jacking Stations, Lubrication System and Separation Tank.

The pipes being used with TERRATEC MTBM have an inner diameter of 1,600mm, outer diameter of 1,965mm and a length of 2,500mm. The tunnelling drives are planned to have a maximum distance between shafts of 300m, for what Intermediate Jacking Stations are being used when required.

TERRATEC is providing to the JV not only the equipment, but also a comprehensive package of services at site, which includes the dispatch of key engineers and operators to assist the contractor during the execution of the tunnelling works.

As of December 2013, the JV has completed satisfactorily a total of about 900 metres in six drives with TERRATEC machine, having achieved some of the project records such as completing a drive of 196 metres in only 7 days or advancing 52.5 metres in one single day. To complete the DN1600 works of this Package 4, the Pipe Jacking System has yet to bore another 900 metres, which are expected to be completed in the next six months, subject to the schedule and progress on some other project critical works.

Once the project is completed, the biochemical oxygen demand of the Yamuna -an indication of its pollution levels- will come down from a massive 40 parts per million (ppm) at present to about 12 ppm. This will benefit about 70% of Delhi, as the water from Yamuna river will then be used extensively for horticulture and cleaning purposes.

TERRATEC has an important presence in India, especially in Delhi, where it is involved not only in the supply of Microtunnelling Systems and Services, but also the large Tunnel Boring Machines (TBM) for the construction of the Phase-III  of Delhi Metro, where a total of eight EPB Tunnel Borers of 6m diameter have been delivered during 2013. 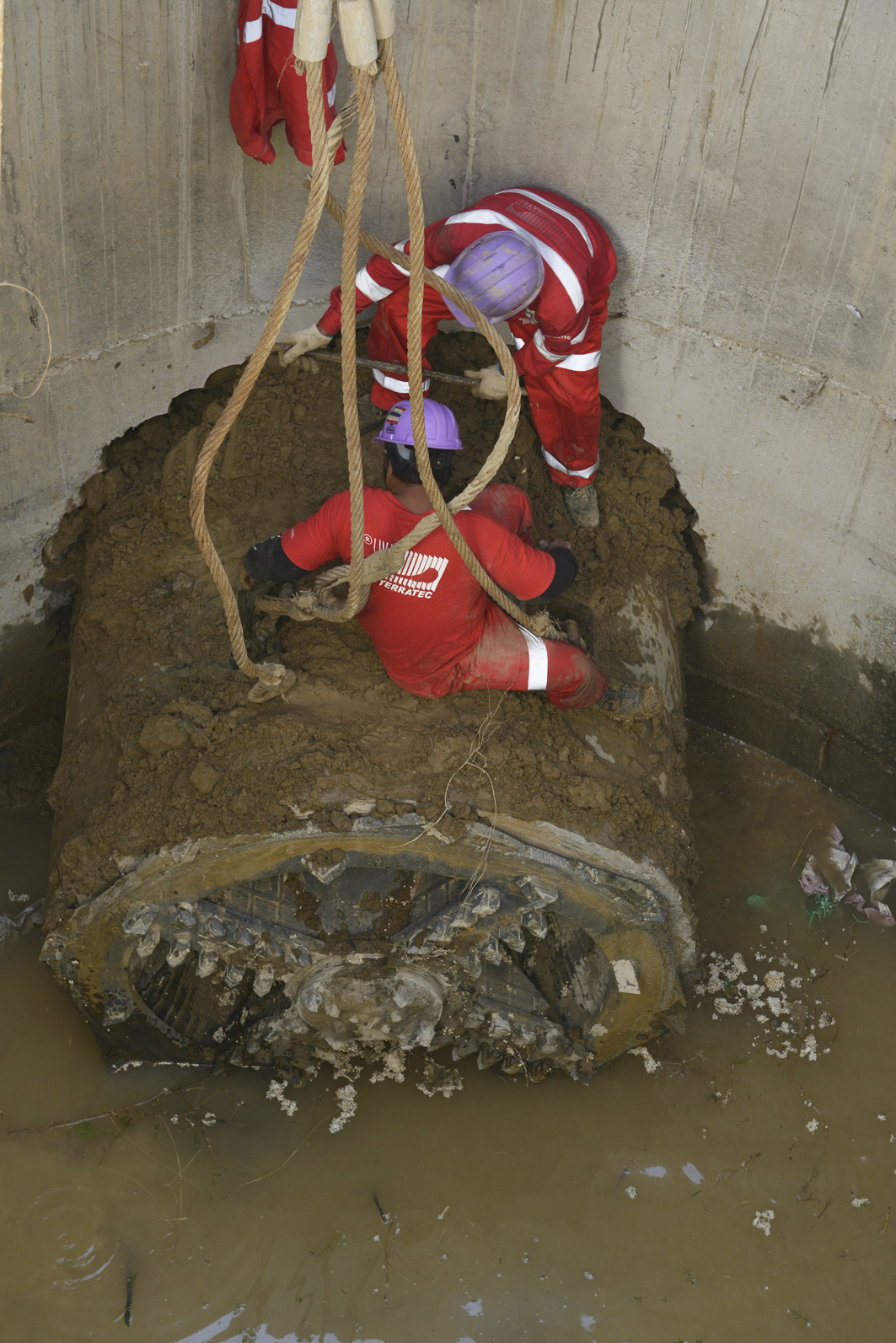